So I've been wanting to go to Mont Saint Michel since I was a cute, innocent étudiante in Aix-en-Provence. (How many years ago? LOL) It's a little difficult to get there because there's no direct train or bus or whatever, so you basically need access to a car in order to even think about going.

Saturday afternoon at le château it was announced that we were going to take a road trip to ... yar, MONT SAINT MICHEL for Sunday mass! woohoo!

Again, I'm just going to let the pictures do the talking: 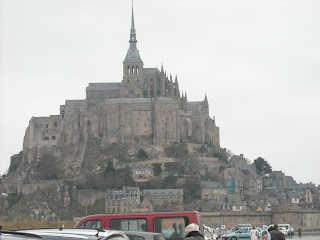 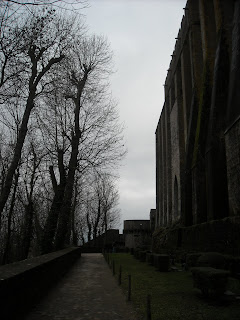 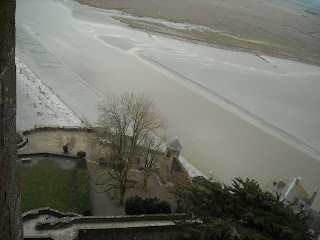 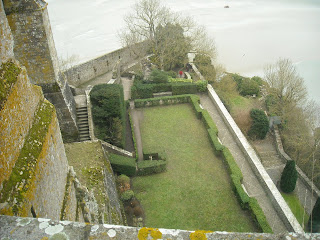 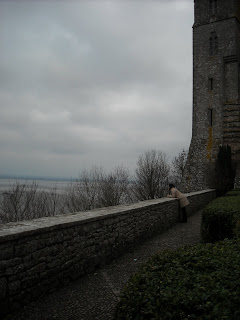 Surrounded by intermittent quicksand (apparently someone dies every year on the pilgrimage to this place, what the waht!), this churchy fortress spent time as a prison after the French Revolution, and you can still see the pulley-thingy that was used to wheel up food to the prioners.

My favorite room, of course, was the scriptorium, where the monks used to laboriously hand copy books 'n' stuff. It's empty now, but I filled in the room weird-half-animated-movie style with all the necessary deets: 8 thick wooden desks spread with stacks of books and piles of loose paper, with one monk at each bent over in their brown woolen robes and ink-stained fingers leaving streaks on their cheeks when they absentmindedly reach up to scratch a faint itch. It's silent but for the crackling fire at each end of the enormous room, a scratching of feather-pen on parchment and an occasional cough. Although seriously, maybe those monks sweating over a manuscript just let out a scream now and then, getting to the last of the page and then find some typo (hando? lol!) and were all, "sheeeet, I gotta start over! Again! For the third time! Whatves, I'm just gonna leave it in, no one will notice it should read 'celebrate.'" 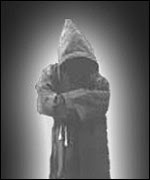 It felt like the monastery went on forever and ever ... all the different levels and beautiful cavernous rooms ... it was quite fantastic. The music was awesome (love me some organ tunes), and even though I heart the morbid, I was still freaked out by a darkly-hooded monk slo-mo pulling a fat rope attached to the somberly-ringing bell. muaaahhaahahaha!


Thus concludes kK's quest to fulfill a long-held dream visit, and also the weekend Wastin' Away Again in GreatBigChateau-Ville.

Email ThisBlogThis!Share to TwitterShare to FacebookShare to Pinterest
Labels: all things French, books, roadtrip, what the waht, woohoo

Awesome pictures, KK! As per usual, but these really rock.