So I'm sure we're all familiar with the typical chick lit storyline: Girl has breakdown; extremely rare coincidences occur to place her in a healing environment where she works as a cleaning lady or dog walker; hot male gardener shows up shirtless; emotional wounds are healed; and everyone lives happily ever after. The point of it all usually is that in order to find this new happiness, the girl must hit rock bottom-levels of despair and slough off the stress of being in the same old rut that is currently making her life a hell hole before she can pull a phoenix and rise from the ashes a healed, whole, new person.

Part of this rock bottom pilgrimage sometimes entails living and/or working in what Ageless calls "fringe society," the kinds of people who consider 9-5 office jobs the devil's work, right up there with genital warts and politicians. The kinds of people who work, say, in a Doggie Day Care facility.

Enter kK, fresh from her Parisian escape, back in the city where I had just spent three years at yet another 9-5 office job. Admittedly, the companies I worked for were MUCH better than the law firm in Chicago (where 9-5 really meant 9-9), but still, there is something about office life that, while comforting in a steady, you-know-what-to-expect kind of way, manages to suck out pieces of your soul through the florescent light bulb sockets and too-cold air conditioner vents.

As I prepared for another round of temporary office job interviews, I started feeling a vague queasyness in every atom of my body. After one interview, I ran outside and just stood in the middle of the crowded sidewalk, breathing deeply and soaking up the sun as I tried to dispel the panicky jitters that had overcome me in the elevator ride back down to the lobby.

I've read enough of those girly novels to understand the signs of the bourgeoning breakdown, but my next move was pure instinct that I would only later attribute to an unconscious drift toward my chick lit reality. I walked home instead of taking the subway, something that I might not normally have done since it was a good 30 block walk, but I needed fresh air and constant movement to keep me from what I was convinced was going to be spontaneous combustion.

A few blocks from my apartment I passed a "help wanted" sign in the window of a doggie day care boutique. I walked in on auto pilot, the copy of my resume pulled out before I even realized my hand was reaching into the envelope, an interview-smile pasted on my face as I walked up to the counter and greeted the manager. She raised her eyebrows at the obviously overqualified list of credentials, but somehow I managed to convey my desperation to be in NOT-office work, and then I picked up a little King Charles spaniel scratching at my legs and buried my face in her soft hair as she tried to lick all the invisible peanut butter off my face.

Apparently a love of dogs is high on the list of requirements for this no-brainer job, because she asked me to start the next Monday.

It was two of the most fun months of my working life: I spent all day petting dogs and chatting about collars, harnesses, all-natural doggie treats and food. My fringe society consisted of dreadlocked, potsmoking groomers and a crazy manager who came in every day either drunk, hungover or amped up on what I'm pretty sure was something a little stronger than caffeine. 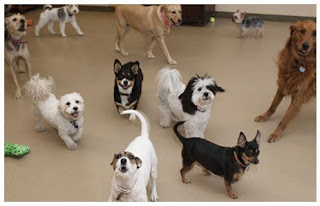 I knew it couldn't last forever, but while it did I reveled in the glorious fringy-ness of it. Also, I'd been sending out so many positive vibes into the universe for a position at Patagonia that I felt like I was floating on a cloud of surreality. Especially when Patagonia called to offer me the job! I have now moved to Phase Two of my new chick lit reality, working for one of my favorite companies with great people (and a store in Seattle...HMMM!).

I'm not sure how many phases there will be, and I'm still waiting on the hot, shirtless gardener to show up to heal my emotional wounds (LOL!), but for now I'm content to fold t-shirts and spend my free time riding my new bike (more on this later), drinking tequila with my Vortex dinner/book club (again, more on this later), and watching awesome crap tv like: 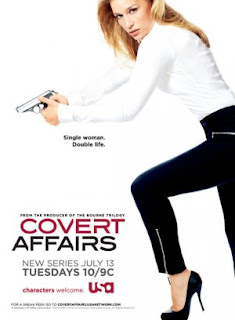 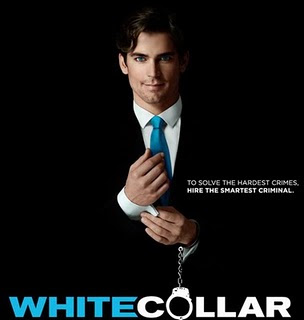 Stay tuned for upcoming installments of the New York Chronicles, including bike rides, adventures in catsitting, and the road trips to Austin and Chicago. In the meantime, skip the shower and have that other glass of wine.
kK
Posted by kK at 15:52

i find my "shirtless gardeners" at falafel stands... try ethic food places of foodiness and get back to me when you have a collection of hot men who speak no english

HA HAHA! You ARE my inspiration, my dear Squash! Maybe we can get together and watch "Troy" later, too! LOL!